Vesna Malenica, Populari’s Head of Research participated at the interactive workshop named “Policy Research, Technology, and Advocacy Converge @ the HUB“ that was held on 7th and 8th November 2013 at the HUB Praha, Czech Republic, and jointly organized by Think Tank Fund, the Information Program of the Open Society Foundations and the Open Society Fund Prague.

Populari’s Head of Research, Vesna Malenica, was a part to the two day intensive interactive workshop, officially titled “Policy Research, Technology, and Advocacy Converge @ the HUB“, but better known through Twitter and Facebook as #TTFDATA event. The Twitter basically covered this event live, so that the wider audience of interested think tankers, journalists, policy researchers and analysts might have been able to benefit from the tools and resources shared among participants during the workshop.

The workshop gathered think tankers, policy researchers from advocacy organizations, advocacy NGOs, watchdogs, and (data) journalists together with policy-makers and business people with expertise and interest in use of data, data analytics, and data-based communications.

The #TTFDATA’s kickoff with the keynote given by Scott Carpenter, deputy director at Google Ideas was highlight of the first day and possibly the entire event. He shared his rich experience working in different sectors, raised issues regarding limits and targets of digital tools available to us and provided examples of projects that use new technology to facilitate policy processes. One of the many lessons re-learned is that not all projects have wide target groups. Some projects are designed exclusively for connoisseurs, not for millions.

Carpenter backed up this notion by an example. Since constitutions are written and amended each year in countries around the world, Google Ideas was interested in exploring how technology can support and improve the constitution design, Scott told us. The result was Constituteproject.org. Constitute allows drafters, academics and researchers to find and compare the world’s constitutions, browse constitutions by country and year, or cross-compare whole or parts of documents, search for specific words and phrases, or use the topics menu to drill down into specific themes in order to craft better constitutions based on existing data.

Carpenter also participated in the first panel “Allies and Stakeholders”, which argued that apart from think tanks other stakeholders also share interest in having access to public data, and that there is an untapped scope for cooperation among different stakeholders (research, journalists, think tanks, business and government) in both using data but also defending the open access to data and data products. The common problems were raised such as having no data to access to, or being unable to access data due to government unwillingness to cooperate, etc.

Second panel “Lessons Learned from Supporting Innovative Projects”, basically presented the results of the evaluation of the think tank data intensive projects supported by Think Tank Fund and Information Program of the OSF in the countries of CEE. One of the projects successfully implemented within this framework is Populari’s Parliament Searchlight. The full report named “Policy Research Use of Data Visualization in Central, Southeast, and Eastern Europe: A Learning Study” can be found here or on the right side.

Strategy and Management: Choices in Strategies and Tactics, and Learning on the Go: Measuring and Evaluating Impact were the last two panels on the first day of the #TTFDATA workshop.

The work continued during the dinner and dinner speech by Jeff Knezovich, policy influence and research uptake manager from Institute of Development Studies , that took place in a historic Staropramen brewery converted into visitors’ center and museum with a restaurant and tavern attached, in the Pivovarská Street, in Prague. In this authentic and exciting place Jeff turned the work into fun with the presentation which purpose was to hook participants to register and participate in the ongoing TTF Data Visualization Contest. Having no technology at his disposal, Jeff came up with the low-tech but nonetheless brilliant visualization of what can think tanks gain though the competition creating bar charts out of beer mugs and Fanta glasses, and oranges and lemons were pie charts.

The second day was busy with workshops, group and individual discussions. In total, 12 workshops took place during one day along with the three time slots for consultations and discussions lasting four and a half hours in total. Malenica participated in three workshops. During the first one, Lucy Chambers, from Open Knowledge Foundation, ran the participants through available think tanker’s data tools trying to answer together with workshop participants what are the available options. Lucy summarized here what we were more or less talking about during the workshop.

Evidence based advocacy workshop was refreshing in the sense that it focused entirely on communication and interaction between the participants. Moderated by Marek Tuszynski, from Tactical Technology Collective, the workshop gave the participants a chance to get to know each other through small group discussions but also provided an opportunity for the participant to question and revisit their own understanding of advocacy, their target groups, the degree of their importance and tools we utilize to approach them.

During the last workshop, “Handling your Media Presence: Think Tanks on G+, FB, Twitter, etc.”, Danica Radovanović, internet researcher and social media consultant, who moderated the workshop, gave each participant a short slot of time to present its online presence of his/her organization, after the discussion on problems, challenges and new ideas was raised.

#TFDATA workshop ended in one of the well-known Prague restaurants, Kamenny Most, beautifully located under the Charles Bridge. Here, the discussions, started during the Conclusion and Follow-up Session, continued with the view over the Vltava river.

More details on the workshop can be found in the documents on the right side. 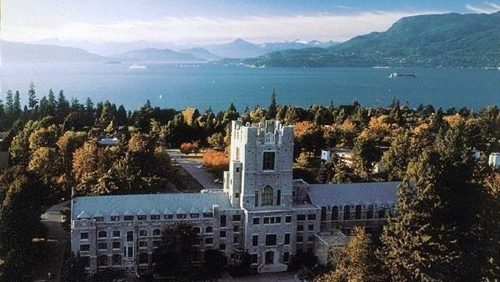