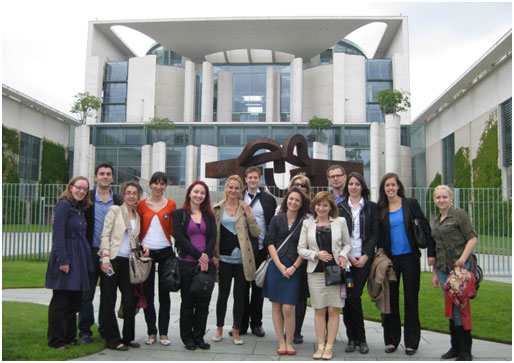 The Programme aims to foster policy dialogue between think tanks and political actors in the Western Balkans and offers organizations from Albania, Bosnia and Herzegovina, Croatia, Kosovo, Macedonia, Montenegro and Serbia training and networking opportunities.

Listen to a little more detailed account of what programme founder Dr. Cornelius Adebahr has to say about TRAIN and its impact on the region in the video clip here.  As Adebahr said, through a series of workshops participating researchers work on writing policy papers and advocacy strategies and have the opportunity to discuss their respective research projects with their peers.

Two workshops took place within the programme: one, in Belgrade, Serbia, and another in Berlin, Germany while the Brussels gathering that crowns TRAIN each year serves as a communication platform between EU policy makers working on the Western Balkans, and Balkan-based think tankers working mainly on EU integration issues. The most beneficial aspect of the programme is the very exposure researchers gain in a two day series of meetings and discussions in the very heart of the EU – its Parliament and European Commission.

In addition, the networking – possibly resulting in cooperation among think tanks and regional projects – presents one of TRAIN’s strongest points. Malenica and Čović had a chance to meet their counterparts from Balkan-based think tanks – ten policy researchers from GONG (Croatia), INTER (Serbia), GLPS (Kosovo), CEED (Montenegro), and CRPM (Macedonia). This was a unique opportunity to exchange ideas and opinions with colleagues and establish a lasting network.

The introductory workshop took place in Belgrade, Serbia, in March 2012. Each participating team of researchers had a chance to present their respective research projects and discuss them with their peers. In addition, more general issues were tackled during this workshop such as how political decision-making processes can be successfully influenced or how messages can be worded clearly and potential obstacles recognized early on? In light of these and similar questions, a number of advocacy strategies were addressed during the workshop.

In June 2012 a second workshop titled “Communication Strategy Workshop”, took place in Berlin, Germany. This time participating researchers discussed the first drafts of their prospective policy papers and also had a chance to meet with Berlin-based think tankers. The meeting was used to exchange opinions on the EU integration process in the Balkans and in this context, criticism was not only voiced against the governments of the countries aspiring for EU membership – but also that the EU should not limit the association process to a “box-ticking exercise” while ignoring whether reforms are actually implemented.

“Unfortunately we didn’t get to meet everyone we were scheduled to meet in the German Chancellery, so Berlin was actually more of a holiday. On the other hand we were able to hang out more with our fellow think tankers and establish some personal contacts within the group. At the German Chancellery, most criticism was aimed at Bosnia but, Vedrana and I managed to stand our ground” – Vesna Malenica, Populari’s Policy Analyst.

A wrap-up gathering of participating public policy researchers in Brussels allowed them to present their findings to EU decision-makers and thus establish contacts with relevant Brussels actors. The participants discussed their policy papers with actors from different EU institutions (European Commission, European Parliament, European External Action Service and Council of Ministers) and Brussels-based organizations and received input in view of the dissemination of their results to national policy-makers.

“Brussels provided a great opportunity for Populari to network with specific BiH geared institutions and sectors of the European Union. Running for political office was always suggested as an option to us, however, we just can’t see ourselves writing legislation as much as we love criticizing it” – Vedrana Čović, Populari’s Policy Researcher.

The TRAIN programme is funded by the Federal Foreign Office (Stability Pact for South Eastern Europe) and run by the German Council on Foreign Relations (DGAP).

More details on the TRAIN events can be downloaded below: 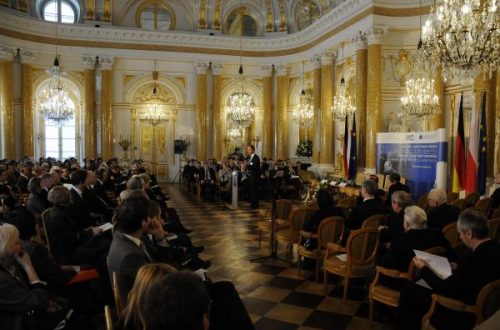 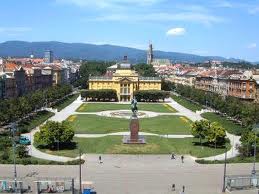 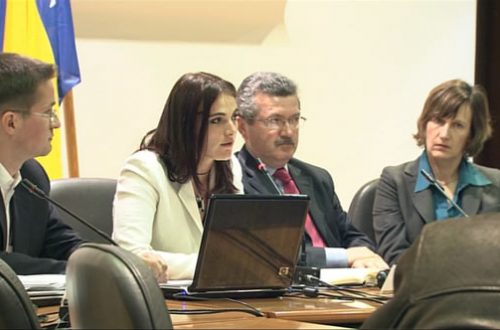