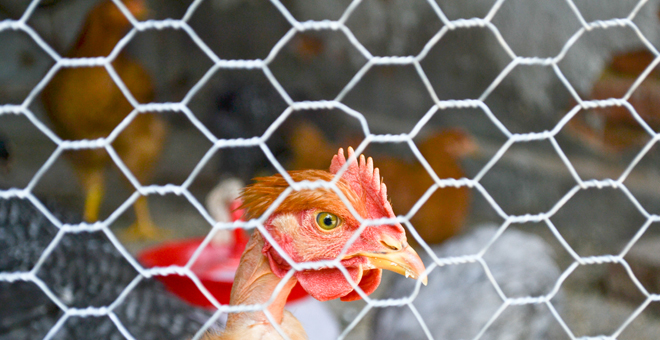 Think tank Populari undertook a study of Bosnia’s veterinary sector through a rather unique lens: animal welfare at slaughter. With the EU’s animal welfare requirements as a backdrop, think tank Populari examined Bosnian legislature as well as how well law and practice are matched on the ground. The product is a policy brief aimed at both the private sector and at Bosnia’s civil servants, with recommendations how to better align both practice and legislature with that of the EU.

We hear it every day: As an EU hopeful, Bosnia will have to harmonize its legislature and align its practices with that of the EU. With food safety a growing concern in the world and people informing themselves about where their food comes from, the EU has specific chapter of the acquis dedicated to this important topic. Every year, 360 million pigs, sheep, goats and cattle, including several billion poultry are killed in EU slaughterhouses, and it is no longer just about the end product and its impact on people, but about farm animal welfare.

The EU has declared its recognition of animals as sentient beings and has a sizeable body of legislation related to animal welfare in the Acquis Communautaire – not only for humane considerations, but to level the playing field and avoid trade distortions. With Croatia, Bosnia and Herzegovina’s (BiH) next-door neighbor and most important trade partner, joining the European Union (EU) as a full member on 1 July 2013, causing considerable economic losses for BiH meat producers, think tank POPULARI undertook a project investigating BiH’s veterinary sector from a rather unique and unexplored aspect: through the eyes of animal welfare.

BiH’s veterinary sector has been the centre of attention over the past 2 years because of the immense trading between the two ex-Yugoslav countries. The focus so far has been on unmet hygiene, laboratory and disease control standards when it comes to meat export, however, not much attention has been paid to the animal welfare component necessary to export to the EU. Animal welfare as a legal concept is largely misunderstood in BiH, and not taken very seriously. What legislation regarding the issue has been transposed thus far leaves its enforcement lackluster. POPULARI sought to draw attention to animal welfare as a driving force in the market which the EU recognized 40 years ago and to shed light on the miniscule and technical details often left out when attempting to understand the EU.

For these purposes POPULARI examined the situation in BiH’s poultry sector, with a view to identifying the problems and proposing solutions for BiH to export, as well as to encourage public debate about animal welfare and its implications for the economy, health and food safety. Our aim was to research what slaughter practices in BiH look like now and how much they are aligned with EU standards.

In order to export to the EU, what still needs to be done in regards to farm animal welfare in BiH? This includes legislature, infrastructure, resources and practices. Where is the money going to come from? Is this even an important topic in BiH politics, the private sector and in general? If Bosnia wishes to become a member country, these questions will have to be answered sooner rather than later.

It focuses more specifically on the production of broilers as it is one of the main agricultural subsectors in BiH and has enormous growth potential, though it currently only contributes 1.3% to GDP (a small percentage considering the country’s favorable conditions for poultry production). Although chicken farming is still considered to be a family business, there are a few large and 10-15 medium-sized commercial poultry producers. Chicken meat makes up a significant portion of the country’s exports, especially to Croatia. With the increase in demand for chicken meat in the last six years due to price and health concerns, this makes the sector one of the most economically sound investments in meat production and therefore one of the most beneficial to BiH’s economy.

Throughout our research, POPULARI visited slaughterhouses where we were witness to the unusually humane slaughter of chickens in BiH. Although we entered with trepidation, we soon realized that the problem was not the slaughter, but the paperwork. Our research also took us to farms where excitement overtook our usually professional demeanor as we stood amongst thousands of baby chicks, but also where we were able to witness first-hand the care individual farmers took of them. We also conducted extensive interviews with EU animal welfare officials, BiH’s civil servants working in the veterinary sector, BiH administration at all levels, representatives of BiH producers and other individuals related to the matter.

An Affair of Animal Welfare has a set of recommendations for both policy makers and producers to make positive steps towards the implementation of EU requirements and their own nation’s legislation. The failure to maintain access to the entire EU market should leave BiH’s politicians considering whether they are prepared to lose out on millions.

Report: An Affair of Animal Welfare-Is Bosnia and Herzegovina willing to keep hurting its economy? (.pdf) >>>